During our time at the Sea of Galilee, we have rented the home of a Finnish Doctor named Anni through AirBnB.  It has been great to have a house with a backyard, kitchen, living area and private rooms.  It has allowed us to have fun together in the evenings, cook breakfast, pack lunches and fellowship together. 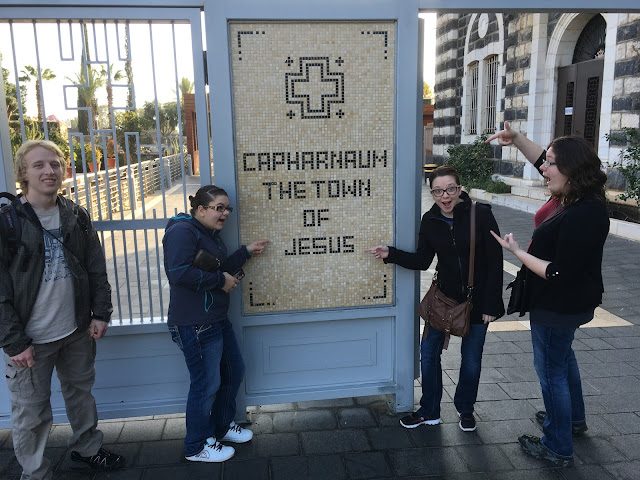 Today we drove to Capernaum, a special place that was the hub of Jesus ministry.  It is the location of Peter’s mother-in-laws home, a Jewish Synagogue where Jesus taught, and an abandoned townsite.  Jesus stated in Matthew 11:23 that the town was cursed because of lack of faith - if Sodom had seen the miracles Jesus did, it would still be here today.  There is a statue here with Peter holding the keys to the kingdom.  Keys that each one of us receives with belief that Jesus is the Messiah.  Allow the maker of this world to impact your life by reaching for the keys and believing that Jesus is King. 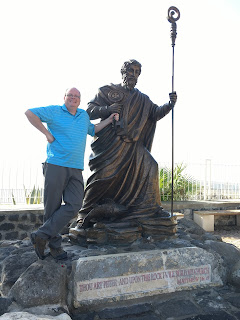 At the shore by Capernaum, we spent sometime skipping rocks, talking about the ministry of Jesus, reading scripture and having fun.  John found a large heart stone that he and Sarah are pictured with here.  And Susanah made sure to get her feet wet in the Sea of Galilee.  It was a beautiful time that everyone enjoyed. 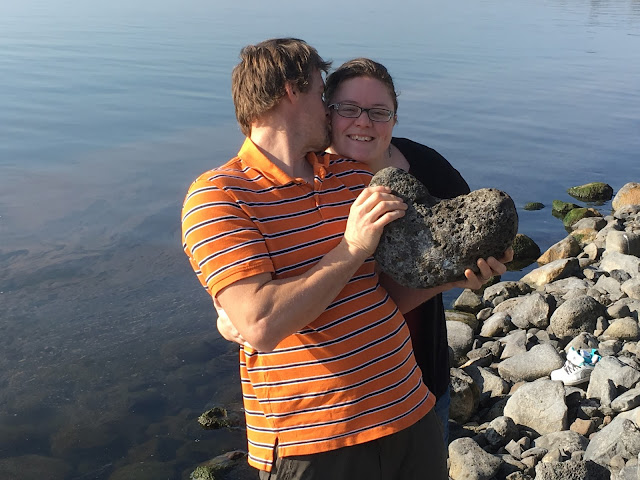 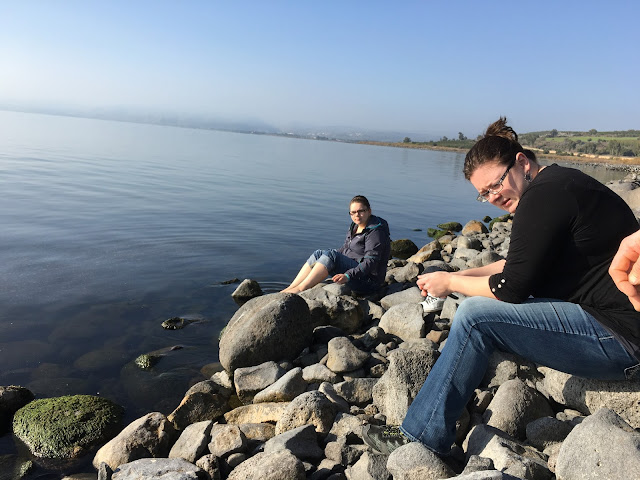 From Capernaum, we went to a dock on the Sea of Galilee so we could board the Daniel worship boat.  Daniel Carmel is a Jew that became a believer in Yeshua (Jesus) through giving rides to Christian tourists in his boat.  He has a ministry where he takes popular worship songs and translates them into Hebrew.  Theses songs are played while you sail on the Sea of Galilee.  Our group was the only people on board, it was a very special experience. 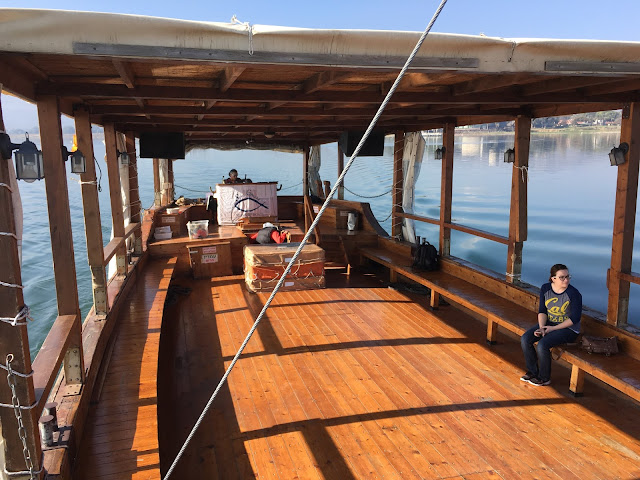 Next on the Journey was Tel Dan.  In a beautiful forrest, we saw the start of the Jordan River, high city gates, an altar built by Ahab and Jezebel, and much more.  The altar and high place were used to worship other Gods then Yahweh and was the main reason of the destruction of the Northern Kingdom of Israel.

At Caesarea Phillipi, we saw the rock that was in the background when Jesus told Peter that he was going build his church on the rock that is Peter - and the powers of hell will not conquer it.  You can see pictures of this cliff at a blog a wrote two years ago - http://www.yfbc.com/blog/11/

By the time that we got back to Tiberius there was no grocery stores or restaurants easily accessible - Shabbat (Jewish Sabbath) starts at Sundown on Friday.  We had to be resourceful with the ingredients we had, so I found enough items to make Nookala Soup - a Hutterite dish that I grew up on.  We also had a lemon tree in the back yard, so we picked some lemons and made lemonade.  It was a blessed day!